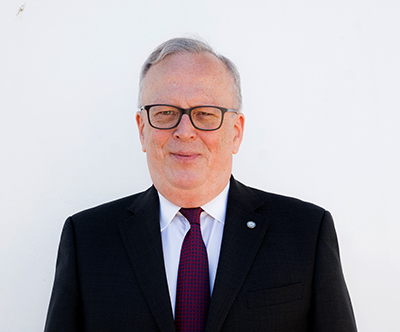 Selected by the International Committee of the Red Cross (ICRC) and appointed by the U.N. Secretary-General, Paul-Henri Arni is the U.N. Member on the CMP since 2013. His responsibilities include management, mediation and fundraising.

Prior to joining the United Nations, Mr. Arni worked for 23 years in senior management positions for the ICRC. Under the Director of Operations, he headed Health Care in Danger, a global project aimed at reducing violence in war time against medical staff and facilities (2011-2012). In the field, he served as Head of Regional Delegations in the Western Balkans (2007-2011) as well as in Ukraine, Belarus and Moldova (2003-2007). He also headed ICRC’s missions in Chad (2001-2003) and Tanzania (1999-2000). From 1990 to 1999, he worked in operational management positions in four countries affected by armed conflict: Pakistan, Bosnia-Herzegovina, Sri Lanka and Uganda and led audiovisual productions at the ICRC headquarters.

A Swiss national, Mr. Arni holds a degree in Contemporary History and Political Science from the University of Geneva, Switzerland. He is married and has a daughter.